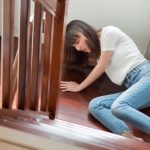 Blog Author: Stephen C. Hartnett, J.D., LL.M. (Tax), Director of Education, American Academy of Estate Planning Attorneys, Inc. Charlotte Fox was an adventurous woman. She was a serious mountain climber and reached the summit of some of the world’s tallest mountains. She became the first American woman to climb three peaks above 8,000 meters, including the world’s tallest peak. She was a member of a climbing party on Mount Everest in 1996 which encountered disaster on their descent. Several … END_OF_DOCUMENT_TOKEN_TO_BE_REPLACED