Occasionally, those who aren’t Estate Planning attorneys will attempt to do their own Estate Planning. They think they can find a document online or use a friend’s document and can figure it out. Unfortunately, there are many pitfalls one could run across. 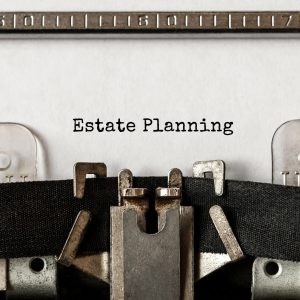 Let’s look at three of these pitfalls which one must sidestep.

The first problem with this plan, even assuming they draw up documents which accomplish this distribution pattern, they may not have considered the downsides. Bill and Mary’s plan didn’t anticipate that they might sell the house, which they did. The specific bequest of the house to Aaron lapsed. They added the proceeds from the house to the investment account. Since their plan left the investment account to Charlie, those assets went to him instead of Aaron.

There’s a second problem with this plan, even assuming they draw up documents which accomplish the plan. They’ve not considered the income tax implications. While the three assets are the same value currently, the house and the investments get a step-up in basis at death. In other words, when the beneficiary receives the assets, they won’t owe income tax on them. However, the IRA is “Income in Respect of a Decedent” or “IRD,” which is an exception to the step-up rules. Assuming Betty has a marginal state and federal income tax rate of 40%, $200,000 of the IRA would be lost to income taxes. It might have been better to leave the IRA to Charlie who is in a lower tax bracket or spread the tax consequences over all three of them. After taxes, Betty would end up with $300,000, while each of her brothers would end up with $500,000.

There’s a third problem with this plan, even assuming they draw up documents which accomplish it. They’ve not considered fluctuations in the values of the various assets. Let’s say they die ten years after they draft the plan and the assets are then worth $3 million. But, their children won’t each get $1 million. In fact, one of the children might get far less than the others. How is that possible? The house bequeathed to Aaron could be in a neighborhood of decreasing property values. Its value declined to $100,000. Bill and Mary continued to contribute to the IRA designated to Betty and it was worth $1 million at the death of the survivor of Bill and Mary. The investments bequeathed to Charlie did quite well and were worth $1.9 million by the death of the survivor. Thus, Aaron would get the house worth $100,000. Betty would get the IRA worth $1 million (but subject to income taxation of $400,000). Charlie would get the investments worth $1.9 million. Thus, Charlie would get more than triple the after-tax value of his sister and 19 times the value of the bequest to his brother.

Estate Planning is about far more than documents. It’s also about the knowledge and experience of the attorney who drafts the plan. The above examples are only a few of the problems that could be created when using DIY estate planning.