Due to non-essential services being closed, our office location is currently closed, however, our team is working remotely to continue to provide you with essential estate planning and elder care services. 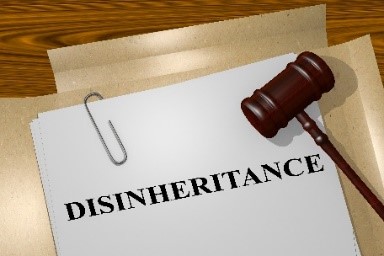 Under the laws of most, if not all states, if you die intestate (i.e., without a will), some or all of your property would go to your children who survive you. If you leave a will, but forget to mention a child, in most states the omitted child would receive the same share as if you had died intestate. But you can decide to leave nothing to a child.

However, especially if the disinheritance is a surprise, your child could have hurt feelings and could challenge your estate plan by claiming you did not have the mental capacity to make the plan or by claiming you were under undue influence from someone else.

Of course, in order for the no contest clause to have any deterrent effect, you would need to leave that person something so they would stand to lose something by contesting the plan.

For example, Betty has $3 million and has three children, Sue, John, and Alice. For good reasons, Betty decides to leave her assets to Sue and Alice and wants to leave John nothing. If she were to do that, John would be able challenge the plan. While he may not win, he could cause a great deal of turmoil. If instead, Betty were to leave John $100,000 and inserted a no contest clause, John would have to think twice before contesting. If John were to contest and not succeed, he would receive nothing. However, if he just walked away, he’d receive $100,000. Thus, in that scenario, Sue and Alice would each receive $1,450,000 and John would receive $100,000. Family harmony could be preserved to the extent possible. The family could be spared the financial and emotional drain of a protracted dispute.

There are countries in which you cannot disinherit your children. With rare exceptions (such as in Louisiana), you can disinherit your children in the United States. However, you should proceed with caution. It’s best to let your family know of your plans and the reasoning behind them. Even if they may not agree with your decision, they would be more likely to know the plans are your idea and respect them. Consider inserting a no contest clause in your plan as a deterrent to a contest of your plan. Finally, a no contest clause really has no deterrent effect unless there is a significant, although diminished, bequest to the person you’d be disinheriting.

Roy has an undergraduate degree in accounting from Indiana State University, and a Juris Doctor degree from Indiana University. He graduated from law school in 1973. Roy was a member of the legal fraternity of Phi Delta Phi and president of the local chapter at Indiana University Law School in 1972-73. In law school he was a recipient of the Dean Faust Award and received awards and honors in income taxation and estate and gift taxation.

Feeling of Confidence! Very well thought-out professional system covering all foreseeable events relating to our estate. We are very pleased with the detailed guidance. All the staff members have been of the highest professional level.