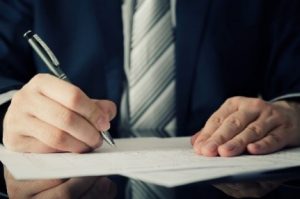 As the SECURE Act passed in late-December 2019, it was discussed in many sessions. The SECURE Act accelerates Required Minimum Distributions for most beneficiaries of retirement plan and IRA assets.

The conference speakers and participants discussed the exceptions to the SECURE Act, namely that it doesn’t apply to retirement assets left to a spouse, a disabled or chronically ill person, or someone less than ten years younger than the plan Participant. We discussed how this might influence you to leave retirement assets to these “eligible designated beneficiaries” and leave other assets to other beneficiaries.

There were a couple of strategies mentioned in several presentations to attempt to make the most out of the stretch that is available under the SECURE Act rules. The first is a simple strategy, to “Roth” the retirement assets while you’re alive. When you convert your IRA to a Roth IRA, you pay income tax on the assets upon conversion. After that, you never have to take distributions during your lifetime. When you or your beneficiaries take distributions, they’ll be free of income tax, including any growth on the assets. This is because you’ve already paid the income tax due to the Roth conversion. After your death, your beneficiary will be subject to the SECURE Act’s 10-year rule (unless they’re “eligible designated beneficiaries” such as a spouse). But, the beneficiary could wait until the end of the 10-year period and take the entire balance out at that time. This would allow the assets to grow free from income tax for the longest possible period. Without a Roth conversion, the beneficiaries would likely need to take them over several years to minimize the impact of taking the retirement assets into income and driving the beneficiary into a higher marginal income tax bracket. The Roth strategy avoids that because the withdrawal of the assets doesn’t impact the beneficiary’s taxable income because a Roth IRA is tax-free upon distribution.

The other strategy discussed by several speakers at the conference is having a Charitable Remainder Trust (“CRT”) as the beneficiary of the IRA or retirement plan. A CRT itself is a tax-exempt entity but distributions to the non-charitable beneficiary carry out the income tax characteristics of income earned by the CRT. The IRA would payout to the CRT within 5 years of the Participant’s death, bringing taxable income to the CRT. But, as a tax-exempt entity, the CRT itself would pay no income tax on the distributions from the IRA.

But, a CRT has certain strict rules and tests. At least 10% of the actuarial value of the CRT must go to charity. At least 5% must go each year to the non-charitable beneficiary (though could be deferred with the NIMCRUT). There is overhead with a CRT as it requires annual tax returns and other compliance. As conference speakers discussed, a CRT may be a great solution for those who i) have a large IRA or retirement plan, ii) want to defer income taxation for their beneficiary as much as possible, and iii) who are charitably inclined.

One of the speakers at Heckerling is of the nation’s leading experts in retirement planning, Natalie Choate, who is speaking for an entire morning at the American Academy of Estate Planning Attorney’s national conference in Ft. Lauderdale, FL, this April 2020. Members of the Academy who attend her sessions will learn all about retirement planning, how benefits can be made payable to a trust, and how the SECURE Act impacts planning.