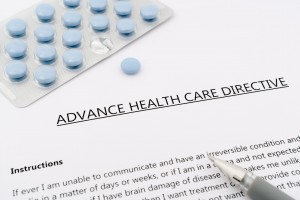 Theresa (Terri) Marie Schindler was born on December 3, 1963, to Mary and Robert Schindler. Terri grew up in Pennsylvania, and by all accounts had a normal, happy childhood. After graduating from high school, Terri enrolled in Bucks County Community College where she met Michael Schiavo in 1982. Two years later, on November 10, 1984, the two were married. When Terri’s parents moved to Florida in 1986, the couple followed.

In the early morning of February 25, 1990, Terri Schiavo collapsed in the hallway of her St. Petersburg, Florida apartment. Michael called 9-1-1 immediately, but by the time first responders arrived on the scene, Terri was face down, not breathing, and had no pulse. Paramedics attempted to resuscitate her while rushing her to the hospital. The cause of Terri’s collapse was determined to be cardiac arrest. Her medical chart contained a note that “she apparently has been trying to keep her weight down with dieting by herself, drinking liquids most of the time during the day, and drinking about 10–15 glasses of iced tea.” She was diagnosed as suffering from hypokalemia, or extremely low potassium levels which can cause heart rhythm abnormalities, including sudden arrhythmia death syndrome. It was also thought that Terri may have been bulimic, another possible cause of low potassium levels.

Although emergency responders were able to resuscitate Terri, she never regained consciousness. The loss of oxygen to her brain during the time prior to being resuscitated caused damage to her brain. After two and a half months without improvement, her diagnosis was changed to that of a persistent vegetative state.

At this point, Terri was being kept alive by artificial means. From that point forward, decisions had to be made regarding Terri’s medical care by someone other than Terri. Initially, her husband Michael was appointed as her legal guardian. Terri’s parents did not object. In fact, Michael lived with Terri’s parents for several months following Terri’s heart attack. Unfortunately, the period of harmony between Terri’s husband and her parents did not last long.

In 1998, Michael filed a petition with the court asking to disconnect Terri’s feeding tube. Terri’s parents opposed the removal of her feeding tube. Because Terri had never formally expressed her wishes with regard to end-of-life treatment, nor had she appointed an Agent to make decisions for her, an epic legal battle began that ripped her family apart. Ultimately, the Schiavo case involved 14 appeals and numerous motions, petitions, and hearings in the Florida courts; five suits in federal district court; extensive political intervention at the levels of the Florida state legislature, Florida Governor, U.S. Congress, and U.S. President; and repeated refusals to hear the case by the U.S. Supreme Court.

One court ordered Terri’s feeding tube removed in 2001, only to have it replaced two days later pursuant to an order from another court. It was removed again in 2003, only to be reinserted yet again pursuant to a hastily passed law. The third time Terri’s feeding tube was removed it almost resulted in a confrontation between state and federal law enforcement officers. Ultimately, however, Terri passed away on March 31, 2005.

How an Advance Directive Could Have Changed Everything

The Terri Schiavo case became a national test case for both sides of the pro-life/right-to-die movements. It tore apart not just a family, but the nation, too, as many people chose sides. The saddest part of all is it could have all been avoided if Terri Schiavo simply had executed an advance directive prior to her collapse.

Most states recognize two types of advance directives. One is commonly referred to as a “Living Will” and allows you to make end-of-life health care decisions now. For example, if you do not wish to be kept alive through the use of artificial breathing machines or artificial feeding methods, you can expressly declare that in your advanced directive. Conversely, if you do wish to be kept alive, you can state that as well. The other common type of advance directive allows you to appoint a health care “Agent” to make decisions for you if you cannot make them yourself because of your own incapacity. When properly drafted and executed, an advance directive is legally binding and must be honored. Had Terri Schiavo executed either type of advance directive prior to her collapse, her wishes would have been clear and would have been honored without the need for the financial and emotional toll of litigation.

To prevent putting your loved ones through turmoil, and to ensure your wishes are honored if you are ever in Terri’s position, consult with your estate planning attorney about executing an advance directive as soon as possible.