Home / Estate Planning Articles / Will Baby Boomers Have Anything Left to Pass Down? 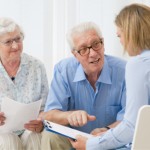 The Baby Boomer generation – the largest generation in American history to date – is heading into retirement, but are they prepared? More importantly for their children and grandchildren – and possibly the economy as a whole – will there be anything left to bequeath when they pass away? It appears some Baby Boomers have planned for their retirement, however, estate planning is not a priority for many. As a result, this may be the first generation where the transfer of wealth cannot be predicted.

Why Didn’t Boomers Plan for Retirement?

The obvious question is why didn’t Baby Boomers focus as much on retirement planning as generations before them did? Several factors appear to have caused this lack of planning phenomenon, the first of which is the Boomers’ spending habits. The generation that gave birth to the Boomers, lived through the Great Depression, World War II, and the Korean War. Not only was the economy far from stable, but the entire world was frequently unstable for that generation. Consequently, they learned to be frugal, plan ahead, and depend only on themselves. By contrast, the Baby Boomers grew up during the Cold War, which was a time of relative peace and a more predictable economy. The result was what is often referred to as the “Me-Generation.” Boomers embraced the idea of spending on credit and, consequently, racked up mountains of debt that many are bringing with them into retirement. Instead of saving every dollar that wasn’t absolutely needed for necessities like the previous generation, the Boomers are notorious for spending now and worrying about saving later. The problem is that later, is now.

Another reason why many Baby Boomers did not save for retirement is they are counting on a sizeable inheritance that will create the cushion they need for their retirement years. Over 20 years ago, a study compiled by Robert Avery and Michael Rendall for Cornell University, concluded the generation that gave birth to the Boomers will pass on to their children and grandchildren an inheritance worth more than $10.4 trillion. That’s a sizeable amount, however, what if that inheritance doesn’t come through as expected? Poor estate planning, long-term care costs, or simply living longer than expected could all cause a long-awaited inheritance to dwindle to almost nothing by the time it gets passed down.

Despite the lack of retirement planning, Boomers are retiring in huge numbers. They will be passing down what is left of their estates over the next several decades. Financial experts are bracing for what they predict will be the largest transfer of wealth in history. Those same experts tell us that roughly $30 trillion will change hands over the next few decades as Baby Boomers pass down their estates to Gen-Xers and Millennials. The problem, however, is that while Baby Boomers took a somewhat lackadaisical approach to retirement planning, many of them ignored estate planning altogether. A recent article by Forbes magazine suggests that 51 percent of Americans aged 55-64 and 62 percent aged 45-54 don’t have Wills. Consequently, a significant portion of that wealth could be lost prior to, or during, the wealth transfer unless Boomers start focusing on their estate plans.

Why Is Estate Planning So Important for Baby Boomers?

One of the biggest factors affecting Baby Boomers and the transfer of their wealth, is the double-edged sword of longevity. Americans are living, on average, almost twice as long at the beginning of the 21st century as they did at the beginning of the 20th century. While a longer life is certainly something to look forward to, it also raises practical and financial concerns. Baby Boomers are expected to spend considerably more time and money in long-term care before they pass. Nationwide, the average cost of a month in long-term care is over $6,800 and the average length of stay is 2.5 years. Without a plan to pay for that care, a substantial portion of a retiree’s nest egg can be lost to nursing home costs. Boomers will also waste a considerable amount of money on probate if they continue to shrug off the need for comprehensive estate planning. The end result is that unless Boomers start to pay attention to the need for estate planning, the Great Wealth Transfer might not be so “Great” after all.

Although it is always best to start estate planning early on in life, it is never too late to benefit from a well-thought-out estate plan. For Baby Boomers heading into retirement, there are several important ways in which estate planning can help them hold onto their wealth. Incorporating Medi-Cal planning into an estate plan is imperative for anyone who is close to, or in, retirement. When added into an estate plan far enough ahead of time, Medi-Cal planning can protect estate assets and ensure eligibility for Medi-Cal benefits that will help cover the cost of long-term care. Probate avoidance strategies can also save an estate both time and money. Using a Trust instead of a Will to transfer major assets can save fees and costs associated with probate and ensure that beneficiaries have access to assets immediately after death. A Trust is also a great way to prepare for incapacity, which affects most Americans during their lifetime.

For Baby Boomers, it is not too late to protect your assets and focus on estate planning. The key is to consult with an experienced estate planning attorney sooner rather than later.