Home / Estate Planning / Law in the U.S. can be Participatory 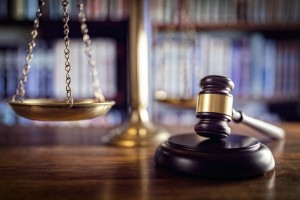 In some countries, like a dictatorship or a true monarchy (not a constitutional monarchy such as the United Kingdom), people do not really participate in making the law. The law is handed down by fiat. In the United States, our laws are enacted by our elected representatives. Sometimes, those laws may be viewed as violating the fundamental rights guaranteed to all of us by our Constitution. That’s when the judiciary may be asked to step in to make an impartial determination as to whether the law violates the fundamental rights embodied by our Constitution. In our system, anyone who is truly harmed by a law may challenge its constitutionality. They can do this by challenging the application of the law in court. Here’s a quick story of how one person participated in changing the law in the United States.

Edith Windsor married her longtime partner, Dr. Thea Spyer, in 2007. Later, when Dr. Spyer died in 2009, the estate filed a federal estate tax return, claiming a marital deduction for the assets going to Ms. Windsor, her spouse under New York law. The IRS denied the deduction based on the Defense of Marriage Act (DOMA), which prohibited the federal government from recognizing same-sex marriages, even those recognized by a state. The IRS disallowed the marital deduction for assets going to Windsor and claimed, as a result, the estate owed more than $363,000 in federal estate taxes. The estate paid the amount owed and sued for a refund in federal district court, challenging the IRS’ denial of the marital deduction. (Often taxpayers pay a disputed tax and then file suit in federal district court rather than not paying and challenging the amount due in the U.S. Tax Court, which is often viewed as a less favorable venue.) She won at the federal district court. The case was appealed to the U.S. Court of Appeals, which affirmed the decision of the district court. Finally, the case ended up at the U.S. Supreme Court, which affirmed the decision of the lower courts.

The U.S. Supreme Court held DOMA was unconstitutional insofar as it denied a benefit (a deduction) to same-sex married couples while granting the same benefit to similarly situated heterosexual couples. Based on the decision in U.S. v. Windsor, same-sex married couples gained equality of treatment under the law by the federal government. The Court did not determine whether same-sex couples had a constitutional right to marry, though they would reach that determination two years later in another case, Obergefell v. Hodges, which built on the Windsor decision.

Ms. Windsor, who demonstrated how an individual in our country can participate in making and shaping the law, died recently. Here is a link to an article in the New York Times about her life and death.