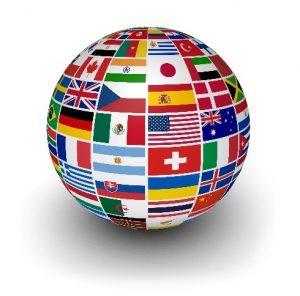 The threshold question is the citizenship of the individual. Is the client a citizen of the United States (whether or not they are also a citizen of another country)? If they are a U.S. citizen, they are subject to estate tax on their worldwide assets, regardless of where the assets are located or where they or their assets move. A U.S. citizen has a permanent exclusion of $5 million, adjusted for inflation, which is temporarily doubled through 2025. So, today, a U.S. citizen has an exclusion from estate taxes of $11.18 million. The temporary doubling of the exclusion offers some opportunities for clients. But, regardless of where the client moves, you know they will have the same exclusion.

Conversely, if the person is not a U.S. citizen, their residency is quite important. If they are a U.S. resident (and not a U.S. citizen), whether here legally or not, they are subject to estate tax exactly the same as a U.S. citizen would be. The difference is, if that person is no longer a U.S. resident, the result changes dramatically. (A green card holder is a Lawful Permanent Resident Alien and is considered a resident whether or not physically residing in the United States.) Someone who is neither a citizen nor resident of the United States is only taxed on their U.S. assets, but they only get an exclusion of $60,000, rather than $11.18 million for a resident or citizen of the U.S.

Let’s look at an example. Miguel was born in Mexico and is a citizen of Mexico and not the United States. His parents brought him to the United States when he was a child, but without the appropriate documentation. Miguel is quite sharp and bought Amazon.com when it went public and made millions, which he used to buy a ranch in California now worth $4 million and real estate in Mexico now worth $7 million. If he died today while living in the U.S., his estate subject to U.S. estate taxation would be $11 million and he’d have an exclusion of $11.18, so he’d owe no estate tax.

However, Miguel is not in the country legally and could be deported. Then, he’d no longer be a resident of the United States. If he were to die after being deported, the estate tax situation would be completely different. Only his assets in the U.S. would be in his taxable estate for U.S. tax purposes. However, he’d only have an exclusion of $60,000 because he would be a non-resident alien. He’d face an estate tax on his U.S. property of $4 million. While the first $1 million is subject to tax at graduated rates, above that amount it would be taxed at 40%. Thus, if Miguel were deported, his estate tax would be over $1.5 million.

Once Miguel was no longer a U.S. resident, he might have avoided this tax exposure by having the ranch in California owned by a corporation outside the United States or using other methods.

Estate planning for the international client can be very tricky. This article only scratched the surface by looking at estate taxation. The law is similarly complicated regarding gift taxation and income taxation. So, the need to consult with a knowledgeable attorney is great. Further, frequently issues regarding taxation in another country might come into question, in which case the attorney would need to bring in expertise from someone in that other country, as well.