In California, the probate code sets a statutory fee for attorneys and executors for the administration of an estate. Many families are shocked to learn just how much the probate process will cost them, often leaving them with a much smaller inheritance than they’d expected. Use our calculator below to estimate Probate fees for estates over $184,500, but less than $10,000,000. Probate fees are set by California Probate Code Section 10810.
Home / Estate Planning / QDRO: Not Just for Divorce Anymore 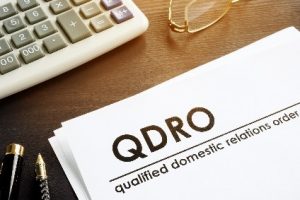 Transferring an ERISA account, like a 401(k), from one spouse to another can have substantial tax benefits, by delaying Required Minimum Distributions or avoiding early withdrawal penalties. However, one cannot simply transfer an account from one spouse to another under most circumstances without triggering adverse tax consequences. A Qualified Domestic Relations Order or “QDRO” avoids those adverse consequences. While a QDRO is most commonly used in a divorce context, divorce is not a requirement. Read on to learn more.

A Qualified Domestic Relations Order (“QDRO”) is part of federal law that allows a domestic relations order in state court to transfer ERISA accounts, such as 401(k)s, from the spouse who is the “participant” in the plan to the other spouse without triggering a tax event. Typically, a QDRO is done in the context of a divorce of the spouses. However, there is nothing that limits a QDRO to the divorce context.

Stephanie Prestridge and Marcus Foote with In Marriage QDRO, LLC, which pioneered the “In Marriage QDRO®,” say it has been used in many jurisdictions throughout the United States since it is based on federal law. The In Marriage QDRO® interweaves the ability of married spouses to contract between themselves with the benefits of federal QDRO law, in order to transfer 401(k) or other ERISA assets out of the name of the participant spouse and into the name of the other spouse without adverse tax consequences. The In Marriage QDRO® has, in effect, created an additional event without adverse tax consequences, one that a married couple can plan, control, and trigger through the use of the agreement and court order.

The In Marriage QDRO® has many possible uses in estate planning. Depending upon the circumstances, it could be used, among others, to do the following:

For example, let’s say the participant spouse is 70 years old and will soon be forced to begin taking Required Minimum Distributions from their 401(k) upon reaching age 70 ½. If the other spouse is only 61, an In Marriage QDRO® could transfer the plan to the other spouse and delay taking any Required Minimum Distributions for another 9 years. Similarly, if the couple wanted to transfer assets to the other spouse as part of a Medi-Cal long-term care plan, the In Marriage QDRO® could allow for that without liquidating the plan and facing adverse tax consequences prior to the transfer of the funds.