Home / General / What is Independence to Seniors? (An Elder Law Today Blog)

Independence is defined by Webster’s Dictionary as “not requiring or relying on something else”…and that definition is where the problem lies for many seniors who desire independence. But Webster’s also defines it as “self-governing”, not by doing everything yourself, but directing what and how things are happening.

My mom prides herself on her independence. She is very verbal about what she thinks and is not concerned about voicing her opinions. She cared for her husband of over 50 years as he was home bound with COPD.  When he eventually passed away, she was left to live on her own in the same house they bought in the 1970’s. She was then 75 years old, enjoying her new found freedom and the next stage in her life. She became involved in her local senior center, volunteer work and church. She was enjoying her independence and the belief that she was not going to rely on anyone.

Eight years later, her independence was working against her own desire to continue to be an active, thriving, independent 83 year old senior. Because of what she considered independence to be, she refused help and never asked for it. This understanding of independence once left her on the floor for a couple of days, in excruciating pain from sciatica, and not wanting to ask for help or to be an inconvenience to someone. As her daughter, this only made me worry more. We had talked many times over the years about her desire to move 300 miles to be closer to me as she aged. This was always a sensitive topic because I had to balance what would be a good move for her with what I knew ultimately had to be her decision. Then she was in a car accident. Thankfully, it only resulted in property damage when she pressed the gas pedal instead of the brake. She decided to not drive any more as she saw “the signs” and didn’t want to put another’s life at risk because of her decreased driving skills. However, a new problem arose. She was now house bound, refusing any help, thinking it was okay to not go anywhere and to eat from her stock pile of canned and frozen food and shopping only once every other month. Again, I brought up moving closer to me, but she didn’t want to at that time.

As a Geriatric Care Manager, I have seen the devastation of isolation, poor diet, and lack of exercise. So as I talked with my mom, keeping in mind that she wanted to be independent and in charge. She acknowledged the need to get out and signed up for her local senior ride program. She liked that she wasn’t an imposition to anyone, but the waiting and calling for rides was tiring. As she stayed home more, she began to realize that the more she was not engaged with others and activities, the more time she had to focus on her aches and pains which resulted in a decrease in her activities.

After four months of giving her the time to live her version of independent living, we talked about a move again. Mom made the decision to move from her large beautiful home on top of a hill with a spectacular view of mountains and sunsets. With all the great memories made and the independence she had there, she was tired of it all. She desired a simpler life filled with activities, people, and learning. She didn’t want to cook and needed to be able to get around town independently.

She looked at two senior living communities near me. One “didn’t feel right” (which I knew but wanted her to see a contrast in different types of communities) and the other felt “like home”. The next day she put down a deposit and picked out a one bedroom apartment that had the morning sun shining through her patio doors that lead out to a grassy area with trees.  Within 3 weeks, she had moved from her home of almost 30 years to a small residence. She now has the mobility and desire to enable her to get involved in all that the community has to offer. She is making friends and enjoying her meals with other ladies. For her, the icing on the cake is housekeeping twice a month. She loves where she lives and feels it is “perfect’.

What made this such a positive transition for her? First, we always suggest that seniors reconsider what they view as independence. It’s not something that they do on their own, but independence is making your own choices and plans and doing what it takes to make them happen (meaning allowing others to be involved). My mother has not lost any independence.  On the contrary, she is in charge every day. Second, we suggest that if a future move is being considered, then sooner is better than later. Don’t wait for the ‘emergency’ to occur, because then you won’t have as much input into the plan. While you still have the desire and ability to get around and make new friends, now is the time to make the move.

I believe that most seniors put off a move because it is too overwhelming to ‘figure out’ and they are too tired to implement any sort of plan (even just the thought of going through a closet can be a reason to put off a move). That is where a Geriatric Care Manager can help the senior or family members through the process. If you are considering a move, give the gift of time and ease to your family by talking about it now and coming up with a plan. Put a date on the calendar. If you are a family member with an elderly parent, have the conversation about moving (you will have it many times and that is okay). Assure them that you are there to help them though the process and will take care of the details (there are a lot!). Address their concerns and explain how ‘easy’ it will be for them. Of course, highlight the positive results the move will have on them. It’s not the ‘end of the road,’ but a pathway to a healthy, happy and full life.

ABOUT THE Litherland, Kennedy & Associates, APC, Attorneys at Law

Roy W. Litherland is an attorney whose practice emphasizes elder law and estate planning.  Roy has practiced law in the greater Bay Area for over 35 years and is certified as a legal specialist in Estate Planning, Trust and Probate Law by the California State Bar Board of Legal Specialization.  In addition to his extensive legal background, Roy was also previously licensed as a Certified Public Accountant.  Although Roy has an extensive background in accounting, he retired his license to practice as a CPA to devote his time and energy entirely to the practice of law, specializing in estate planning, trusts, Medi-Cal planning, and probate.  Roy is a noted speaker on living trusts, Medi-Cal Planning, and estate planning.  He is a member and designated Fellow of the American Academy of Estate Planning Attorneys, an organization that fosters excellence in estate planning.

Dedra Jize joined the Litherland, Kennedy & Associates, APC, Attorneys at Law in February 2013.  She holds a Bachelor of Science in Occupational Therapy from San Jose State University and is a Certified Senior Advisor and Geriatric Care Manager. Dedra has worked as a Caregiver Support Coordinator and Activity Assistant for the Alzheimer’s Activity Center in San Jose, as a Foster Care Provider with Advent Group Ministries, and as an Occupational Therapist at Good Samaritan Hospital. Dedra works closely with our Director of Geriatric Care Management, Lois G. Tager, M. Ed., CSA, to help our senior clients and their families with Medicare issues, and Medi-Cal applications and representations. Dedra and Lois provide psycho-social assessments of health care needs, develop individualized plans for care, evaluate the specific needs of clients, and make recommendations when applicable for home care services, independent living communities, assisted living facilities, and nursing facilities. Their goal in working with clients is to advocate on behalf of the senior, and to enhance the quality of life of both the older adult and his or her family.

The Litherland, Kennedy & Associates, APC, Attorneys at Law is a member of the National Academy of Elder Law Attorneys and the California Advocates for Nursing Home Reform. 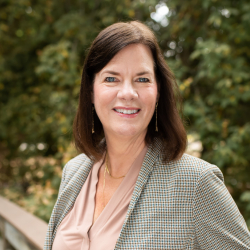